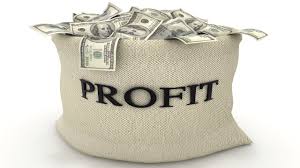 Recently when the RTBU moved to keep the passenger barriers open at train stations in order to hurtMetro’s profits, but not commuters, Metro’s lawyers went to court to pursue a technical argument that itwasn’t industrial action under the industrial legislation. Metro got an injunction to stop the open barrier action and the RTBU complied to ensure it didn’t proceed.

Metro’s lawyers have since then alleged that the RTBU had not fully complied with other parts of the court order such as getting a notice to members up on noticeboards at all train stations across the entire network by 4pm the next day, a Saturday!

Through its lawyers, Metro is threatening the RTBU that if the union and its members take industrial action it will not be protected because of the alleged inconsequential breaches of the order.

The RTBU has now lodged an urgent Federal Court application to counter Metro’s efforts to exploit the uncertainty about whether the RTBU can take protected industrial action. The application seeks revocation of those parts of the orders which Metro claims the union breached. The application will be heard in the week commencing 16 September.

RTBU Victorian Secretary Luba Grigorovitch said, “it is hard enough for any workers in Australia to take protected industrial action, let alone public transport workers. But Metro is not happy with that.

“Metro is trying to use legal technicalities to stop RTBU members from taking protected industrial action in pursuit of a fair enterprise agreement despite having creamed and offshored millions of taxpayer dollars in profits.

“It is no coincidence that Metro is using the same lawyers that represented Patrick Stevedores in the huge waterfront dispute 20 years ago,” she said.

“Workers have no other weapon than industrial action to try to persuade big corporations to agree to fair and decent wages and conditions. That is because our broken industrial system allows employers to refuse to agree to anything in these negotiations.

“Every worker, every commuter, every Australian should be outraged at Metro’s threats and attacks on the wages and conditions and democratic rights of public transport workers.

“The RTBU and its members will stand united to take on this greedy multinational. The mighty Australian trade union movement will stand with us. This battle shows yet again that the industrial relations laws are broken and need to be changed.”

As this matter is before the court, the RTBU will not be making further commentary until the case has been heard.