Malcolm Turnbull is under renewed pressure to deliver on rail and public transport in the forthcoming Federal Budget, according to the Rail, Tram and Bus Union (RTBU). 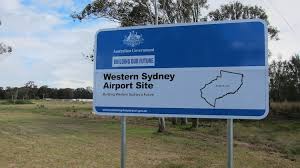 The announcement that a Labor Federal Government will build a passenger rail link to the new Western Sydney Airport – to be in place from day one when the airport commences operations – has further exposed the Turnbull Government’s failures on urban transport policy.

“As the RTBU has been saying the for the past three years, simply reserving a rail corridor to the new airport is not good enough.

“Rail access to the airport, and to new business districts around the airport, is absolutely essential to the future growth of Sydney.

“Relying on roads alone will create a new transport mess in the west, causing havoc for locals and increasing the economic cost of transport congestion for Sydney.

“The upcoming Budget is Malcolm Turnbull’s last chance to catch up on rail and public transport, and to show he can do substance as well as selfies.”

Line must not be privately operated

“The rail link to Sydney Airport has never attracted the level of patronage it should, simply because the cost of using the service is so high.

“That’s why it is vital that no more special deals are done with private investors to allow them to gouge monopoly prices from travellers.”

“The Western Sydney orbital network will provide a prime opportunity for the use of value capture funding models, ensuring that property developers pay their way and taxpayers can get the best value for money from new rail infrastructure,” he said.