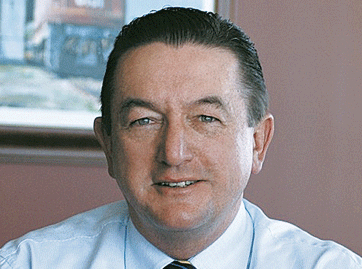 RTBU National Secretary Bob Nanva today said Mr Nye had made an enormous contribution to the rail industry, and was highly regarded and respected.

“Bryan Nye was a passionate advocate for Australia’s rail sector.  Bryan not only had an encyclopaedic knowledge of the industry, he knew his way around the corridors of power.

“His greatest skill, however, was in bringing people together and finding consensus.

“Whether it was bringing competing interests to the table on a united industry position, or managing negotiations between industry and government, Bryan used his skills to great effect.

“These skills were also essential to the establishment of the TrackSAFE Foundation - a joint project between rail employers and the RTBU to improve safety on and around Australia’s railways.

“TrackSAFE is an important legacy which will help ensure improve, and save, the lives of thousands of rail workers.

“On a personal note, I always found Bryan to be warm and engaging.  The RTBU sends its condolences to the Nye family and the staff of the ARA.”