On the eve of Christmas, the Productivity Commission has recommended cutting the take-home pay of Australia’s lowest-paid workers. 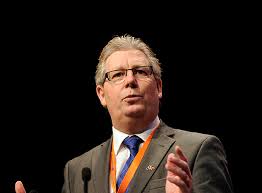 The Productivity Commission’s workplace relations review final report recommends a raid on the pay packets of working Australians by taking away their Sunday penalty rates.

“This is an attack on the pay and rights of the hardest-working Australians.  Employees who work on weekends must be paid properly,” Dave Oliver said.

“The Commission’s recommendations are out of step with Australian values, out of touch with the modern lives of working people, and would compromise future economic and productivity growth.

“If it is not Malcolm Turnbull’s intention to slash penalty rates he must rule out any future cut backs of these entitlements and make a submission  to the Fair Work Commission that they be protected.

“We have seen stronger growth in the retail and hospitality sectors over the past year than we have in the rest of the economy.  Workers in those industries deserve increased job security and proper compensation, not wage cuts.

“Real wages have stagnated, despite strong jobs and productivity growth – so we have a widening wage gap, with those on the lowest wages missing out.  Families on lower wages will struggle if Turnbull refuses to reject this report as an excuse to slash penalty rates."