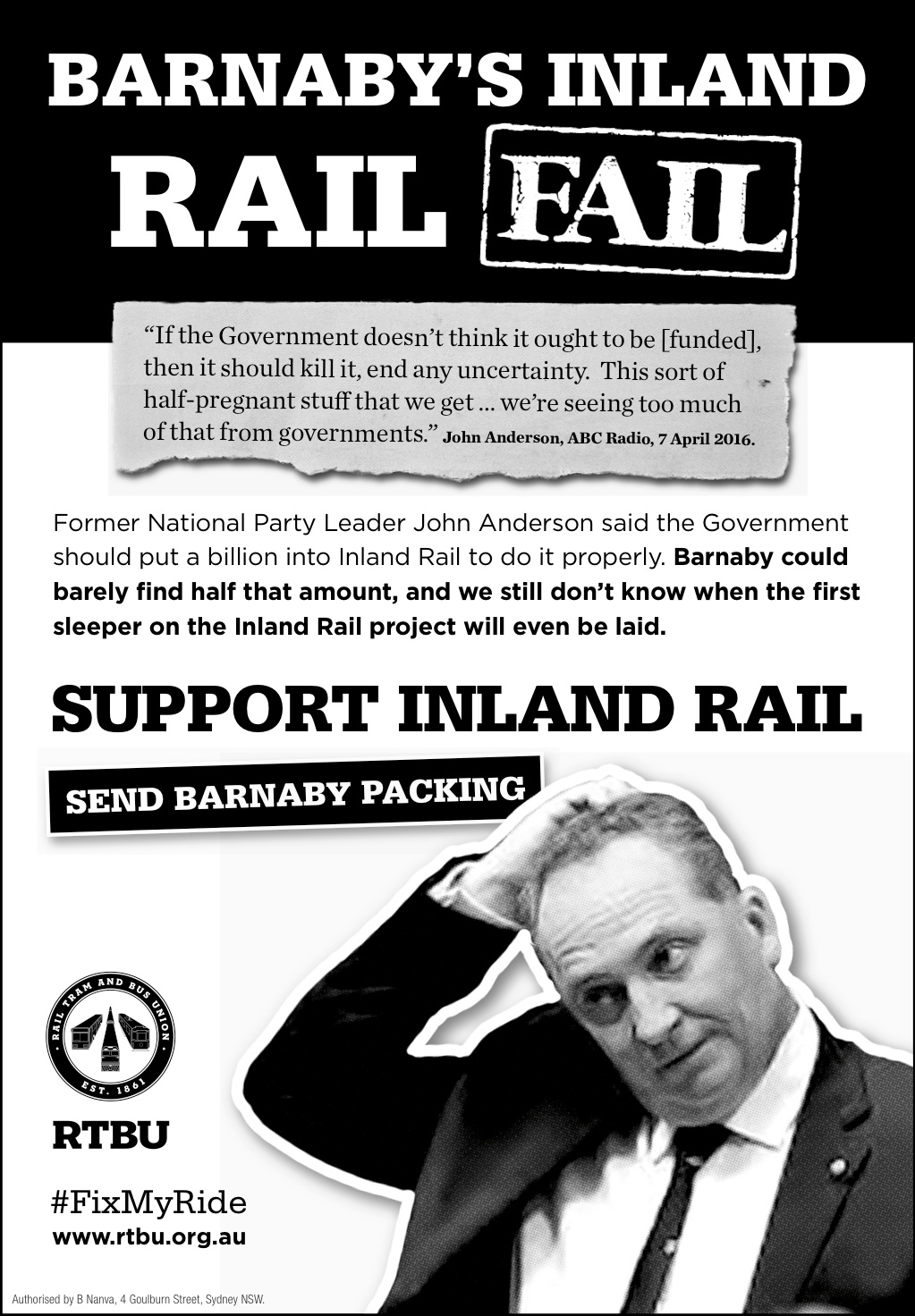 The RTBU has taken out a full-page advertisement in today’s Northern Daily Leader, and will also be hitting the phones and campaigning on the ground to urge voters to put Barnaby Joyce last.

“Barnaby Joyce claims that Inland Rail is the National’s number one achievement, but all he has done is spend planning money that was allocated by the previous Labor Government.

“And after three long years of doing nothing, the best the Nationals can do now is to promise money to reserve a corridor.

Prior to the Federal budget, former Nationals’ Leader and Deputy Prime Minister John Anderson told ABC Radio the Federal Government should either put $1 billion into the Inland Rail project or walk away.

“John Anderson has highlighted the abject failure of the Turnbull-Joyce Government to deliver on Inland Rail.

“Barnaby Joyce has barely managed to find half of the amount John Anderson says is the minimum needed for this critical project.

“Without investment in decent rail freight infrastructure, rural and regional producers will have to continue putting up with inefficient transport links and an unhealthy reliance on road freight.

“Failure should not be option, and incompetence should not be rewarded.  That’s why we’re urging voters in New England to send Barnaby packing on 2 July.”

Mr Nanva said the RTBU had also launched a national #FixMyRide social campaign to urge both major parties to invest more in rail and public transport.  For more information about the campaign go to www.rtbu.org.au/fix_my_ride