The RTBU abhors violence against women in all its forms, and we are determined to take a stand.  That's why we're calling for a stronger response from government to stamp out violence against women right across the community, including on public transport. Everyone has the right to travel safely without having to worry about being harassed, abused or assaulted. 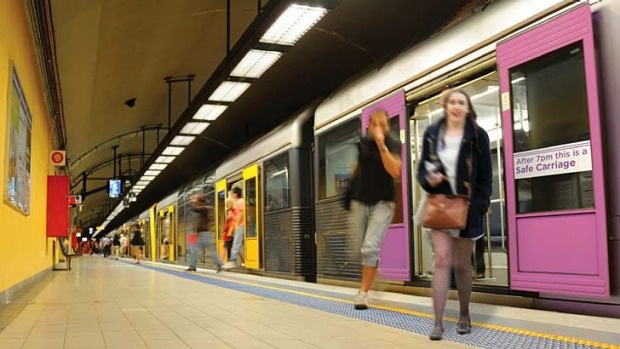 This is simply unacceptable.  We must do more to protect commuters from thugs, dickheads and perverts on public transport.

More Transit Officers, Guards and Authorised Officers will send a clear and visible message to commuters that they are safe and being protected.

Other countries like Germany and Japan have also tried night-time “Safe Carriages”, where women and children can feel safer without having to worry if the bloke leering at them from across the aisle is a potential predator.  Safe Carriages could be fitted with distress buttons, on-board CCTV, and have regular checks by train staff.

Of course, every train carriage, tram and bus should be safe, and no passenger should have to put up with violent and anti-social behaviour. And if this initiative helped people to feel safer and more confident about catching public transport then we think  it’s worth considering.

Our stand on violence against women has created quite a bit of community discussion. We have previously received support from the Sydney Rape Crisis Centre, but we have also been criticised by academic Eva Cox and the Daily Telegraph.

What do you think?

Answer our poll question to let us know whether you support our call for a trial of Safe Carriages after dark.