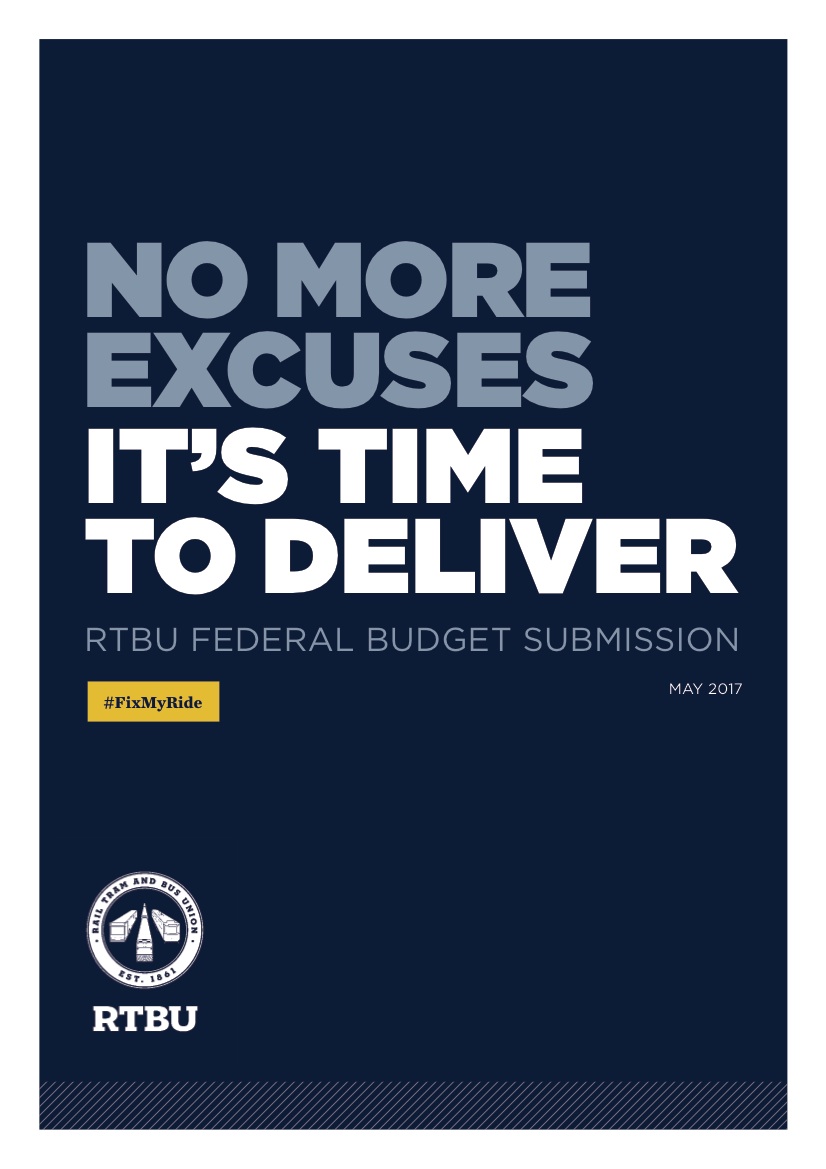 No more excuses, it's time to deliver

The RTBU's Federal Budget submission for 2017. 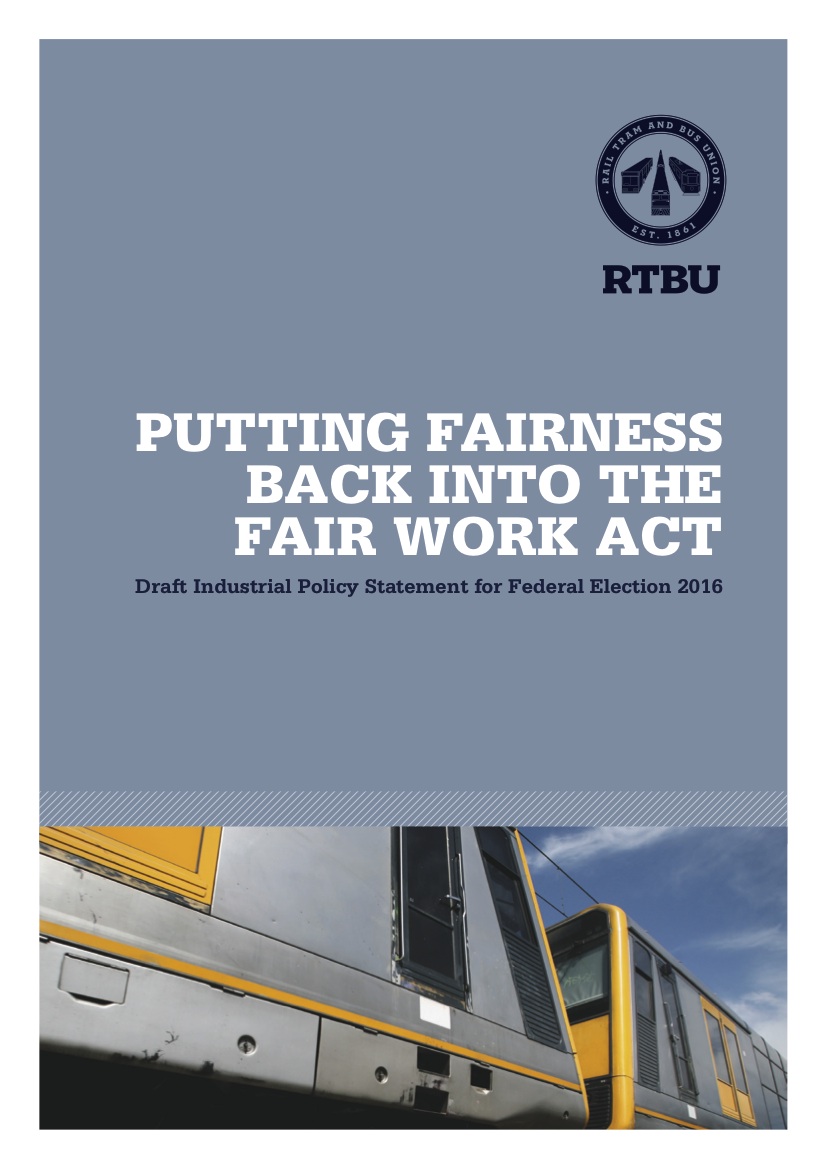 Putting Fairness Back Into the Fair Work Act

The RTBU has a strong industrial agenda for the 2016 Federal election. The initiatives in this election platform reflect the RTBU's values of equity and fairness, and reinforce our policy priorities in the industrial relations framework. 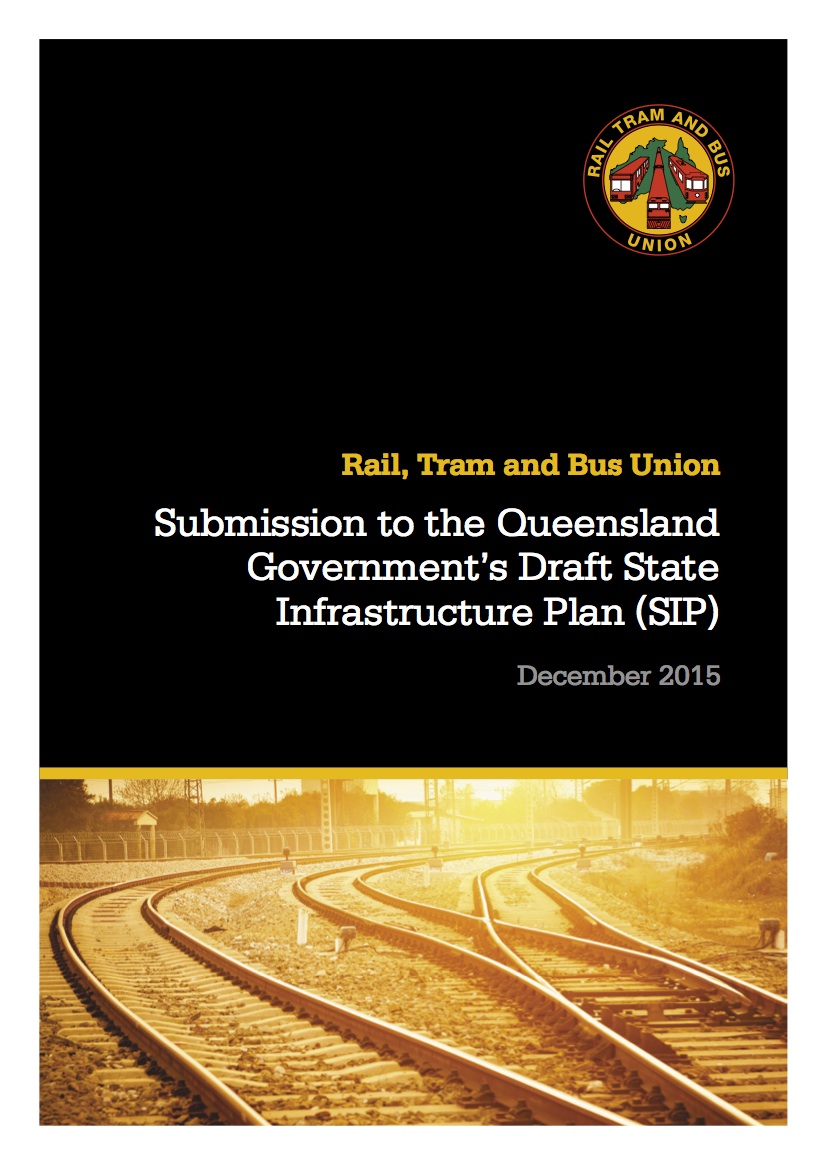 This report provides a model for how innovative funding models can contribute to funding the capital cost of new public transport infrastructure in Australian cities. It draws on a wide range of case studies globally and in Australia.

The Free Ride's Over

Research undertaken by the National Institute of Economic and Industry Research (NIEIR) – as well as the broader body of economic literature – shows transport infrastructure is a core driver of long-run productivity growth in all economies.

What would happen if you turned the public transport fares table upside down - so that the further you travelled, the less you pay?  The results might surprise you!