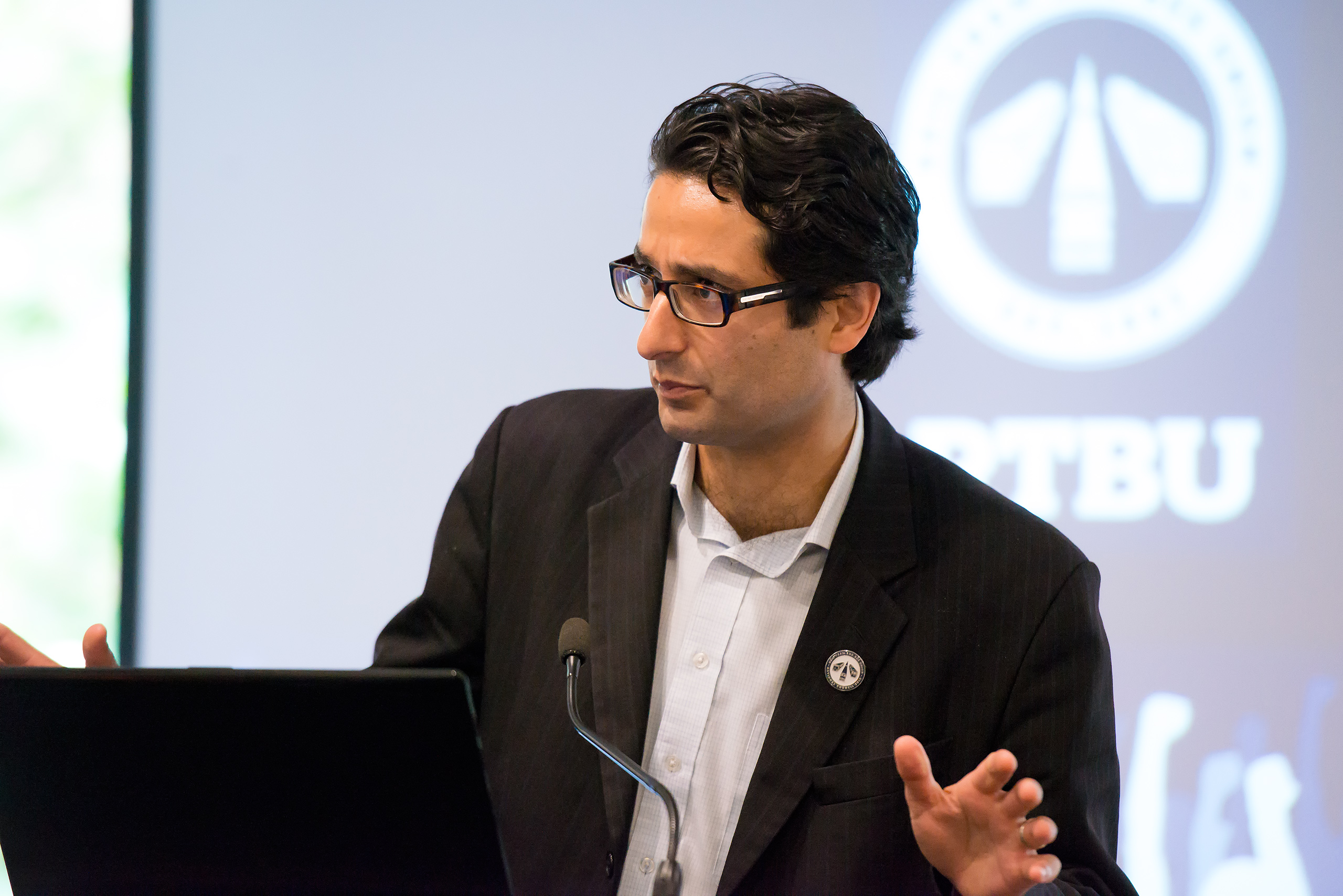 Good morning delegates, and welcome to the 2015 RTBU National Council.

As our Union’s highest decision-making body, we’ll be reporting on the work we have done, debating our biggest issues, making our big decisions; and setting our agenda for the next two years.

It’s always an exciting two days, and it’s an absolute privilege to be part of it.

It’s a privilege that none of us should take for granted.

Sitting on the National Council of any union is truly an honour.

But ours isn’t just any other Union. Ours is a Union that has been at the forefront of the Australian labour movement since 1861.

Given we are meeting in New South Wales today, it is fitting to remember that ours is the Union of the JST McGowan, Bill McKell and JJ Cahill – who all rose from the Eveleigh rail workshops, through the Union, to become Premiers of NSW.

In the case of JST McGowan, he was Labor’s first NSW Premier. In the case of Bill McKell, he went on to become Governor General of Australia.

Ours is the Union of Ben Chifley – the train driver from Bathurst who went on to become one of Australia’s most loved and respected Prime Ministers.

Ours is the Union of Eddie Mabo – the Queensland railway worker who fought for aboriginal land rights and justice - whose landmark High Court case overturned the appalling notion of Terra Nullius - and became an icon for his people.

Ours is the Union of the Great Strike of 1917 – the strike that started on the NSW Railways and saw 100,000 workers walk off the job across Australia.

Delegates, ours is the Union of the Adelaide and Melbourne public transport strikes of 2015.

Our Union has been at the forefront of the Australian labor movement since its beginnings in 1861. 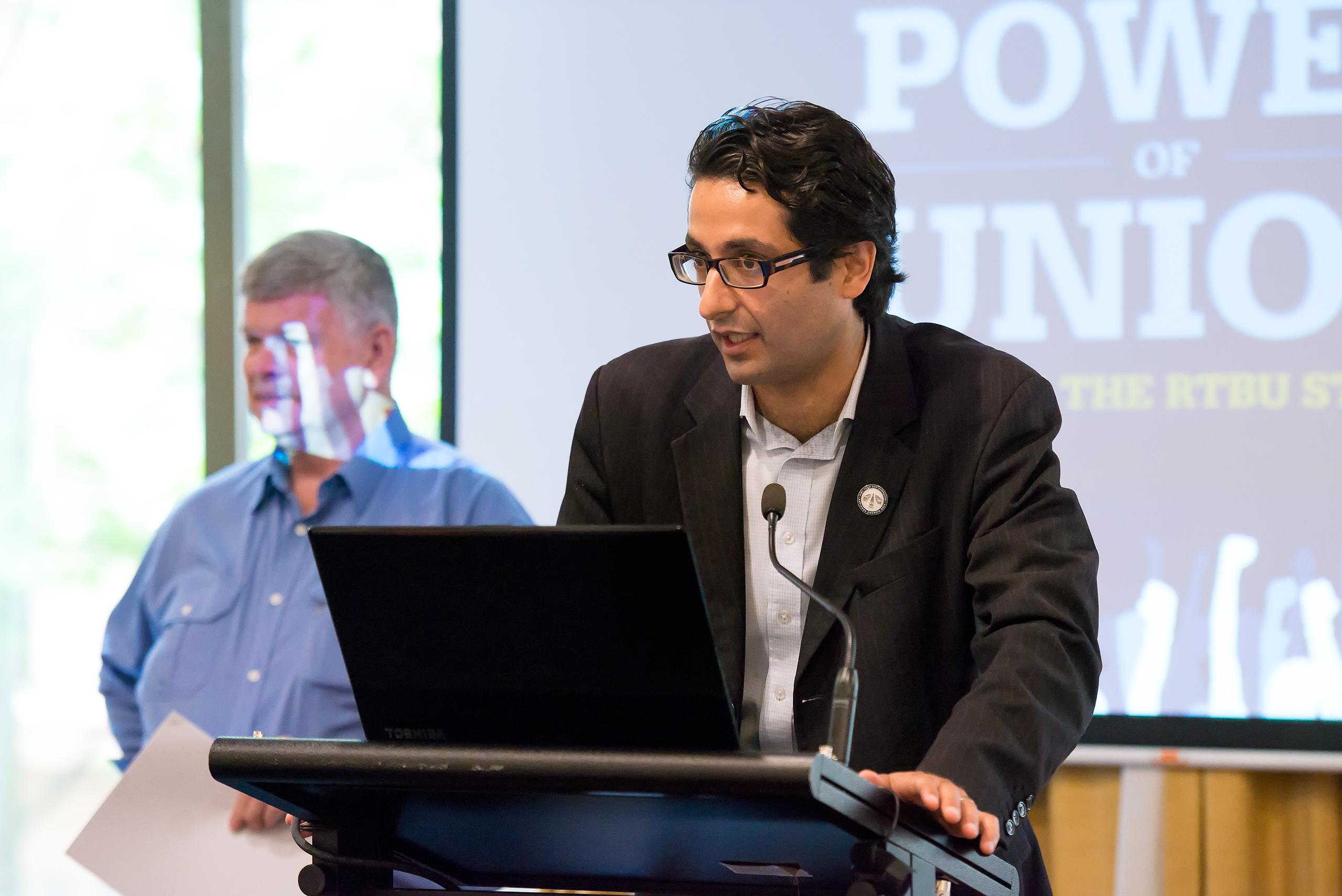 As the custodians of this great Union, it is our responsibility to carry this tradition with the same dedication, the same passion and the same commitment as the people who have come before us.

It’s a heavy burden to carry.

Given some of the great names I just mentioned, we have a lot to live up to, but it’s also an inspiration.

Because we’re not walking in the footsteps of giants, we’re standing on their shoulders.

Building on their legacy, and creating our own.

Today we have our own leaders who are leaving their mark - like the hundreds of RTBU workplace delegates in crib rooms across the country.

Workplace Delegates that are the heart and soul of our Union.

They are our strength, and that’s why a central theme of this year’s Council will be investing even more in those delegates - providing them with the support, training, advice and encouragement they need and deserve.

In your pack you’ll see our National Office Report, which contains an update of the National Office’s activities and achievements since the last National Executive meeting in March.

In the Industrial space we are working on more national enterprise agreements than ever before.

Our National Organisers are constantly on the road, travelling across the country and working with branches and divisions to negotiate Enterprise Agreements that deliver the best outcomes for RTBU members.

We’re also involved in Industry Skills Councils, the TrackSAFE Foundation, and the Rail Industry Safety and Standards Board.

In the legal space we’ve been involved in one of the most significant legal cases in industrial relations for decades – our dispute with Aurizon over the termination of 12 enterprise agreements.

Since we all last met, I’ve also had the great privilege of being elected ACTU Vice President - a position I proudly hold on behalf of our Union.

We’ve also stepped up our use of social media, and developed new online tools for political and industrial campaigning.

We’ve improved our capacity to conduct detailed corporate research on employers and on industry benchmarks.

And finally we’ve restructured our financial management processes, conducting quarterly meetings of the Audit and Compliance Committee with budgets that track where and when every dollar is spent.

We’ve come a long way, but as far as we should all be concerned, we’re still only at base camp, looking up at the mountain.

Our successes in the past are no guarantee of our success in the future.

We have to confront the changing political environment, and we can’t be caught flat-footed.

Tony Abbott’s gone, but the Coalition is still the Coalition – and now it has a more articulate, polished and persuasive figurehead.

Turnbull is unambiguous in his support for individual agreements. He believes the minimum wage is too high, he doesn’t believe in penalty rates.

And his Captain’s pick as the new Employment Minister is an ex-Freehills lawyer who cut her teeth defending some of the worst elements of corporate Australia, and who says her political hero is Margaret Thatcher.

Hard-line, anti-union, right wing politics is still in town – don’t you worry about that.

There are no surprises in any of this, for any of us – the things that matter to us have never mattered to the conservative side of politics.

The Trade Union Royal Commission’s report, as biased as we think it may be, will provide the green light for Turnbull to strike.

To drive a stake into the few legislative tools we have left to organize.  To water down our capacity to take industrial action. To complicate our path to achieving reasonable agreements, and charting a return to the ABCC.

But there’s no point focusing on him, or them.

We don’t rely on the courts or politicians to do our work for us.

We deliver outcomes for our members through our industrial strength.

And our industrial strength comes from our density.

While we still have one of the best union densities in the entire movement – where almost every person who could be a member, is a member - we can’t take our success for granted.

Our Delegates are critical to our density.

Workplace Delegates are our team captains on the shop floor –looking after their mates, and making sure that the workforce stays strong and united.

When someone starts on the job, it’s the Delegate who explains the role of the union, and who explains why it’s in the workers’ interest to be part of the team.

It’s a case that Delegates, and all of us, will have to keep making over and over - because the insidious attacks on unions and collectivism will not slow down.

Which is why we have to focus on ourselves - on our structures and our people.

We have stay focused on keeping the RTBU strong.

Regardless of the Fair Work Act, or the political flavour of the month in Canberra, we have always had members that will do what needs to be done to get the right industrial outcomes.

And in the RTBU, that isn’t a product of luck or good fortune.  It’s a product of enviable delegate structures and tough, motivated delegates. 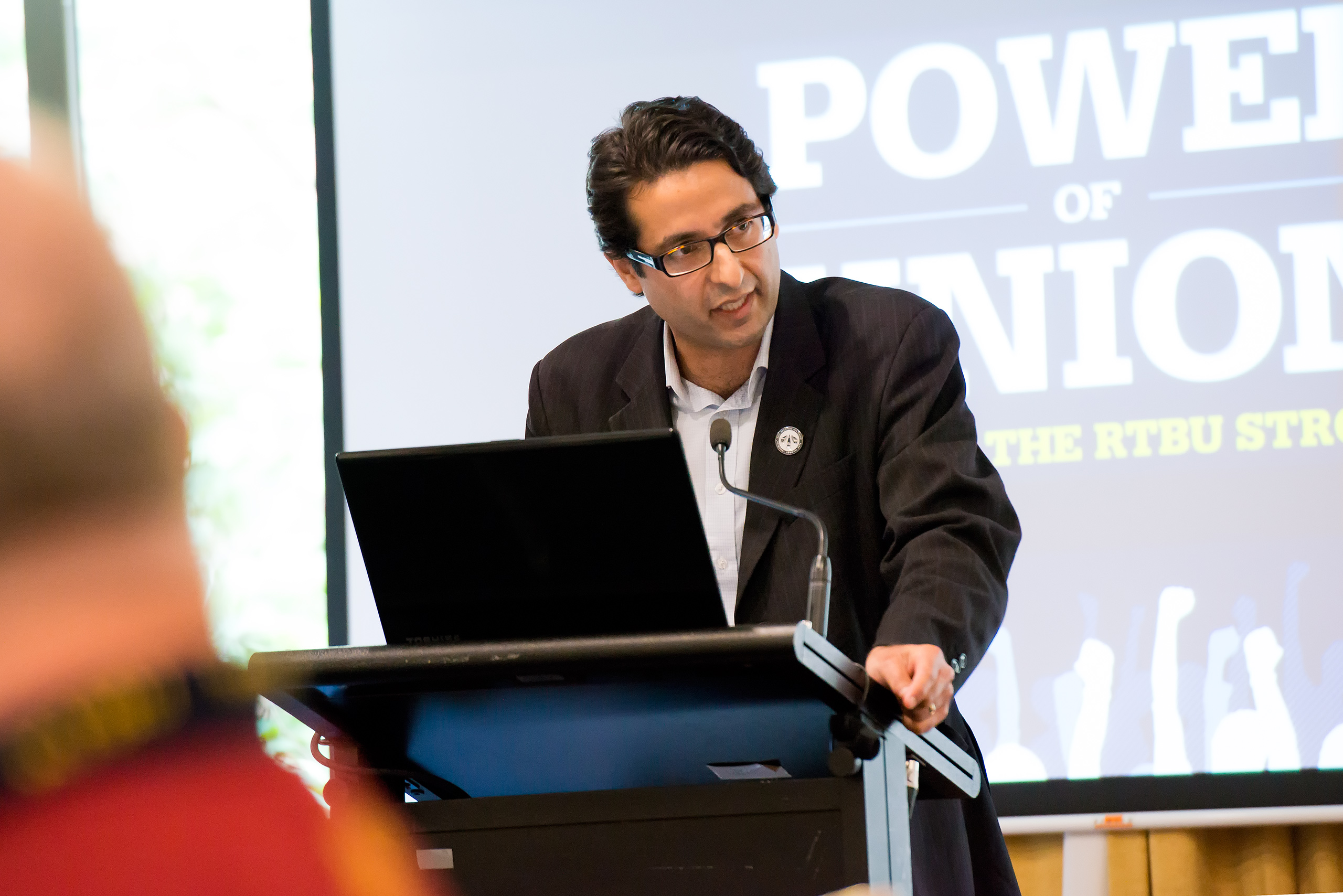 Delegates, this brings me to the substance of our agenda for the next two days, which is designed to power up even further the most critical part of our national union structure – our army of Workplace Delegates.

The first proposal that we’ll discuss is the creation of an on-line Delegates Portal.

This will add to our new website, and provide our Delegates with instant access to critical information.

The second proposal is the deployment of a National Delegates Coordinator and Training resource within National Office.

This resource will have responsibility for assisting branches and divisions with identifying and mentoring our newest delegates; with developing a consistent and comprehensive training syllabus that’s uniquely RTBU; and with delivering training when its required.

Thirdly, we’ll be discussing the introduction of a national Delegate of the Year Award.

This Award will not only recognise the outstanding achievements of our Workplace Delegates, it will also highlight the importance of their role and encourage other activist members to step up.

Fourthly, we’ll discuss a National Delegates Conference, to bring our Delegates together, nationally, in one place to discuss the issues they are dealing with on the shop floor.

The campaign will be about countering the negative media messages, building pride in our Union, and letting people know why they should join the RTBU.

National Office will design and coordinate a growth campaign with local organisers.

The RTBU exists for one reason and one reason only – to advance the interests of its members.

Our job is to protect them, and help them.

That’s why we’re active in workplace safety issues, why we do corporate research on employers, why we advocate for our industries, and why we invest in our Workplace Delegates - so they can be empowered to do an even better job for our members.

We’ve got a lot to get through, along with all the reports from branches and divisions.

It will be a jam-packed two days, and rightly so.

Because when you look across the country at what we’ve been doing, it’s an incredible site.

We’ve stood up to Aurizon and Pacific National, to Metro Trains Melbourne, Yarra Trams, Metro Buses and the Rail Commissioner.

We’ve fought for our members from Darwin to Dover, from Bunbury to Byron.

Delegates, I’m fired up about our future.

The RTBU is demonstrating that there’s power in union.

Thank you Delegates and I look forward to the next two days of the National Council.