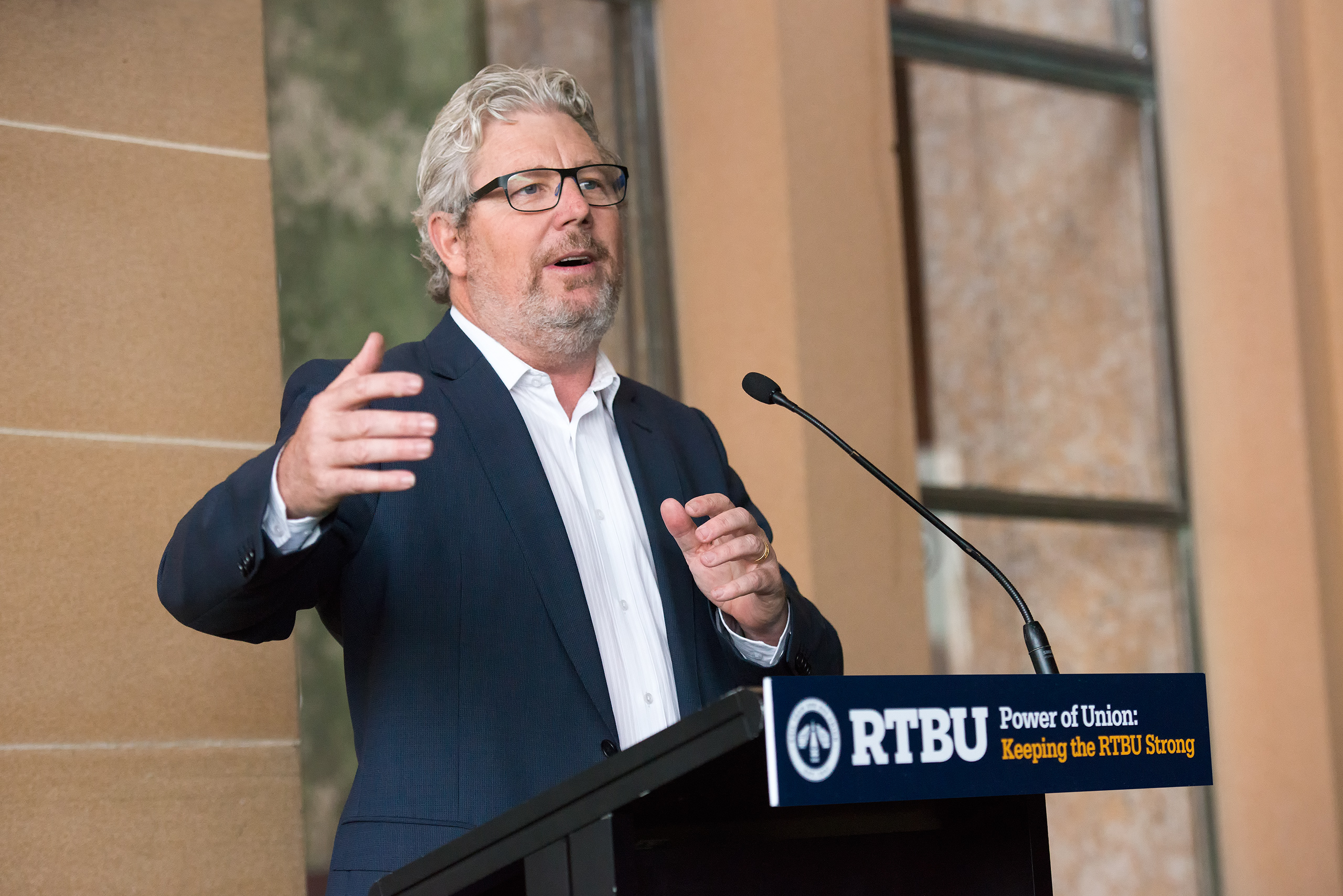 “Dave Oliver has been a champion of the labour movement for three decades,” Mr Nanva said.

“He has dedicated his own working life to improving the lives of others.

“Along the way, he has transformed Australia’s peak union body into a more professional and highly-effective campaigning organisation.

“Under his leadership, the ACTU has played a high-profile role in the Federal political sphere, directly engaging grassroots union members in campaigns around issues such as protecting penalty rates, saving Medicare, and making corporations pay their fair share of tax.

“Dave has also been a great supporter of rail and public transport workers.

“He was right beside the RTBU in our fights against corporate giants like Aurizon, and fully supported our campaign for greater transparency in enterprise negotiations.

“On a personal note, I have always valued Dave’s advice and friendship.  The RTBU wishes Dave and his family all the very best for the future.”